This article has been updated, with more villages added for your travel pleasure.

Les Plus Beaux Villages de France Association consists of 155 of the most beautiful villages in France, worthy of any travel bucket list. These villages want visitors to experience the best of French culture and heritage beyond the most popular tourist sites. Most of these villages only have a population of a few hundred people, offering tourists a more intimate and authentic experience of our wonderful country. Here are seven of our favourite French villages.

The heart of this beautiful village is its Renaissance castle, which remains a bit of a secret and is one of Laura's favorites. The castle is still owned by the descendants of Xavier Branicki, a Polish count and friend of Napoleon III, who bought the castle in 1849. He restored the castle in the Second Empire style, and acquired many works of art still on display. There is an amazing winding staircase that the Count bought at the Universal Exposition in Paris in 1855. The castle is surrounding by an enchanting park.

The village is made up of charming homes made from truffeau stone and some are half-timbered. There are also some troglodyte abodes. There is a walking path along the Indrois river that has some artwork installed along the way 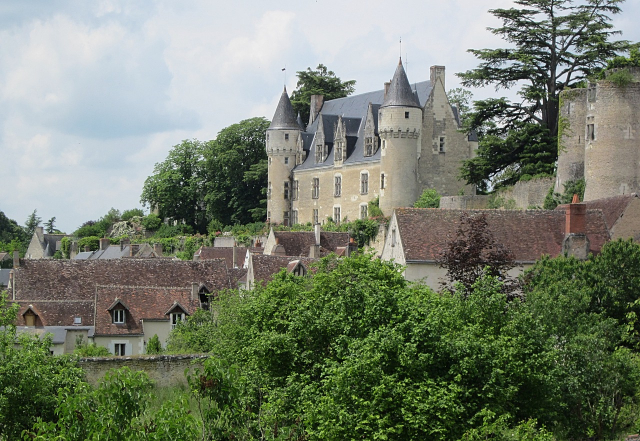 Not far from Giverny,on the river Seine, la Roche-Guyon historically remined surprisingly independant despite being located between the powerful Dukes of Normandy and the lands of the Kings of France.

There are three parts of the town : the 14th century castle, the medieval donjon and the village itself. The ruins of the orginal castle dominate from the cliff above the "newer" castle, which was built in the 14th century. The castle also served as Rommel's headquarters during WWII. A secret passage of more than 300 feet into the stone will bring you to the donjon. Between the castle and the Seine is a nice organic kitchen garden. 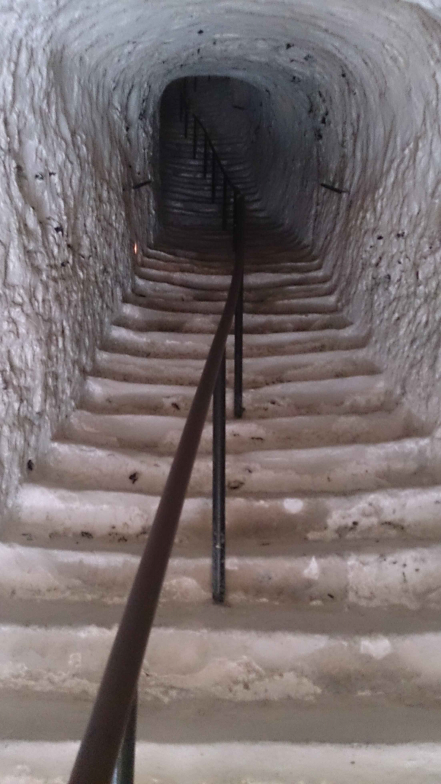 The secret passage to the donjon, ©Château de la Roche-Guyon

In the town, the Church of Saint Samson has a statue of François de Silly, who owned the castle in the 17th century. You can also see the troglodyte houses in the cliffs above the village.

Sainte-Suzanne, between Normandy and the Loire Valley

Located in the Mayenne, not far from Le Mans, and perched on a rocky outcrop above the river Erve, Sainte-Suzanne is the proud medieval village that stood up to William the Conqueror.

And the town is still very proud of its history and beauty. The castle houses the Center for Interpretation of Architecture and Heritage, a place for learning about the art and history of the area around Sainte-Suzanne. There is a museum that recounts 3,000 years of the town's history. And after many years of renovation, the mill of the Seigneurs of Beaumont is up and running again, making traditional cloth-based paper and generating electricty. The mill is located on a nice 45-minute walk called the Promenade des Moulins, which loops around the nearby countryside. 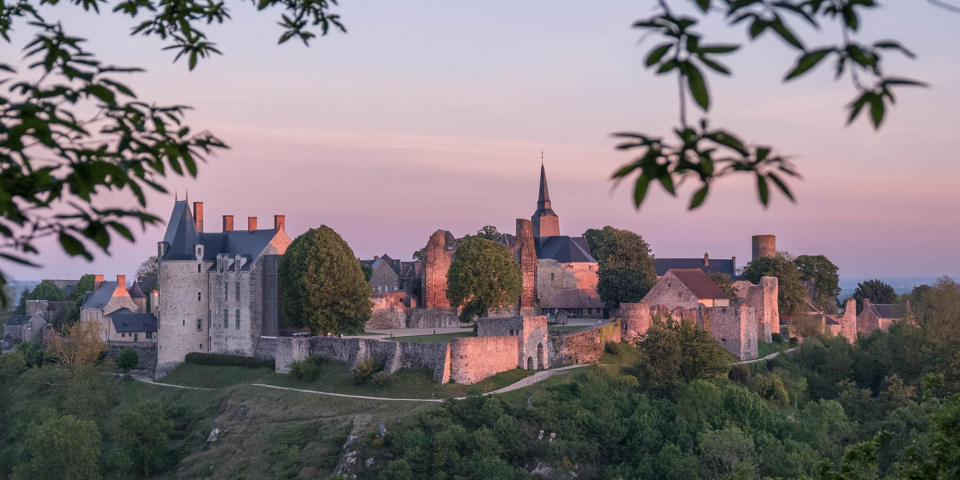 The drive from Tourrettes-sur-Loup to the little French village of Gourdon offers some magnificent views, and there are plenty of places to pull over and take a photo. The views from Gourdon itself are unrivalled, and you can see all the way to Nice and Cannes on a clear day.

Located on the edge of a rocky spur above the Gorge du Loup, the village has lots of little boutiques, gift shops, and perfumeries to explore. It is a great place to buy authentic souvenirs, such as locally produced perfumes, pottery, and lavender at a reasonable price. 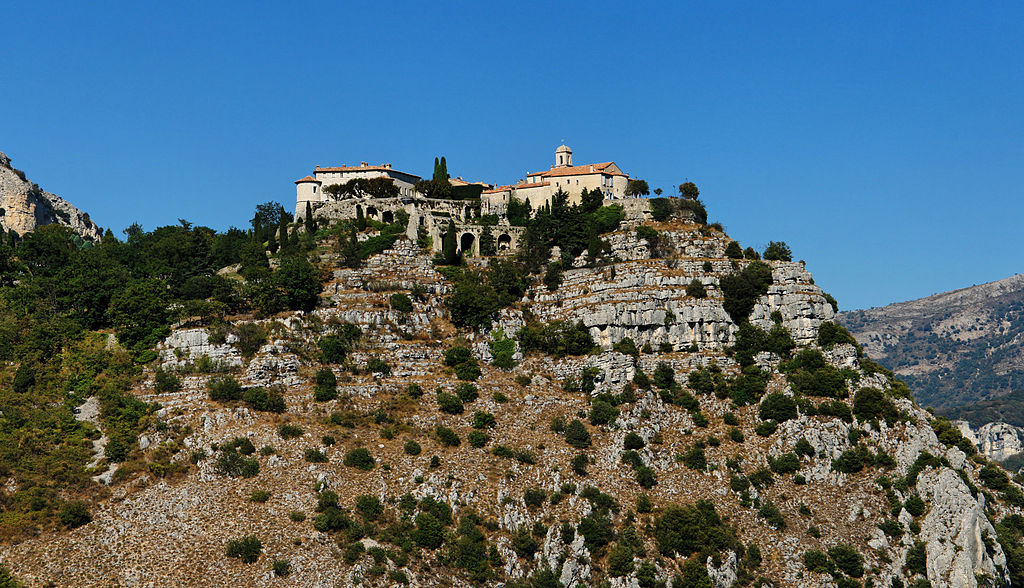 This quintessentially beautiful French village is nestled among the meadows of Normandy’s dairy region. The quaint streets are lined with half-timbered medieval buildings with hanging flowerpots.

With a population of just 210 people (correct in 2014), it will be hard to find a more authentically French village in the area. It is a lovely town to stroll through, and if you’re feeling hungry, we love the La Colomb'auge Crêperie on the Place Michel Vermughen. 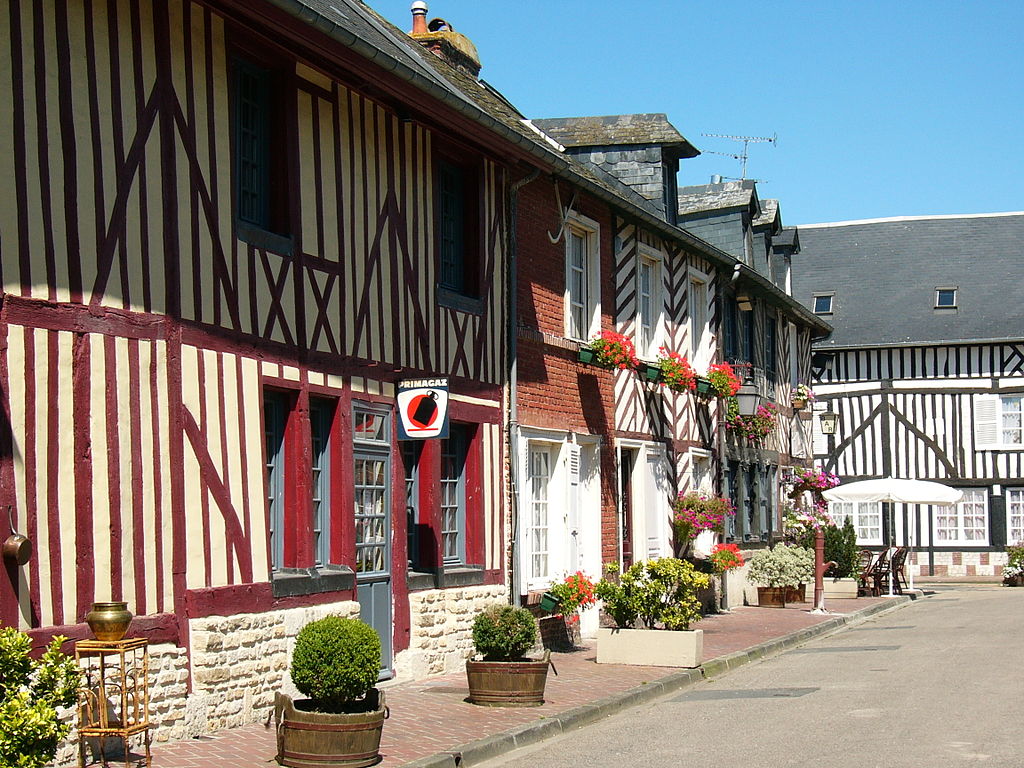 Arguably one of the most beautiful French villages in Burgundy, Flavigny was built around an 8th century Benedictine abbey. Its medieval history is not only reflected through its cobblestone streets, fortified gates, and stone buildings but also through the aroma of aniseed, which wafts through the streets on a breezy day. Aniseed candy have been produced in the former abbey for centuries and make a wonderful gift.

Flavigny has also welcomed its fair share of famous figures throughout history. Julius Caesar made Flavigny his basecamp, and 2000 years later, the town was chosen as the film-set for the movie Chocolat, starring Juliette Binoche, Johnny Depp and Judi Dench. 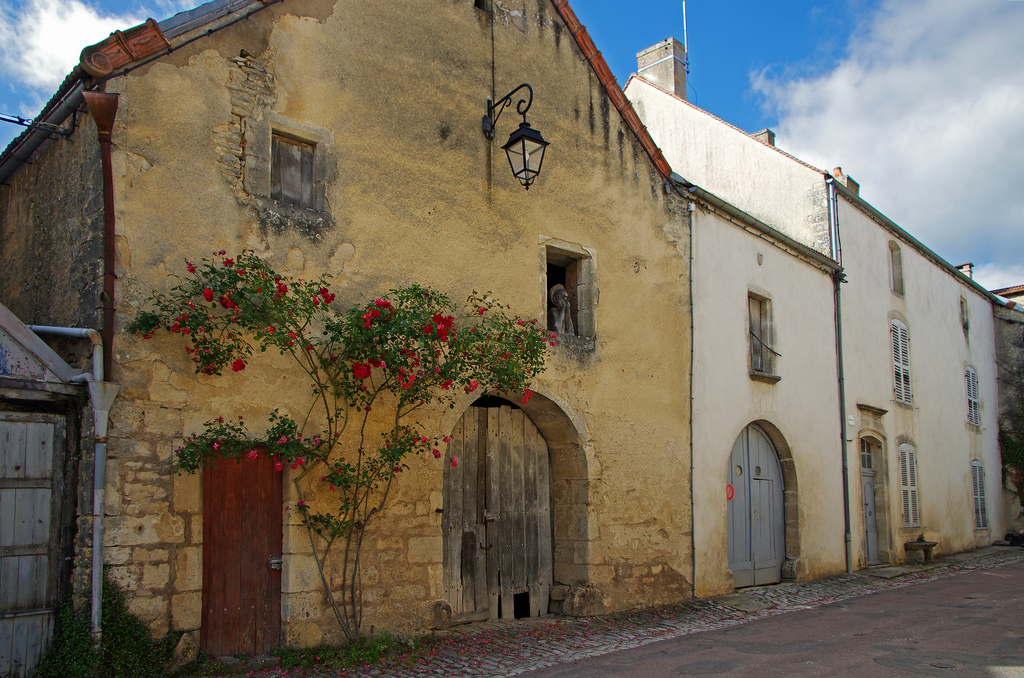 This peaceful countryside town in the Dordogne has so much to offer. For those who are interested in exploring the caves of Dordogne and the Lascaux 4 imitation caves, Saint-Léon-sur-Vézère is a lovely little village to visit while you explore this gorgeous region. There are a number of castles around the village and a 12th century Romanesque church with a recently restored interior.

Travel back through time on a tour of the former cave dwellings at La Roque Saint-Christophe (great for adults and kids alike), or enjoy some canoeing along the river, followed by a riverside picnic. 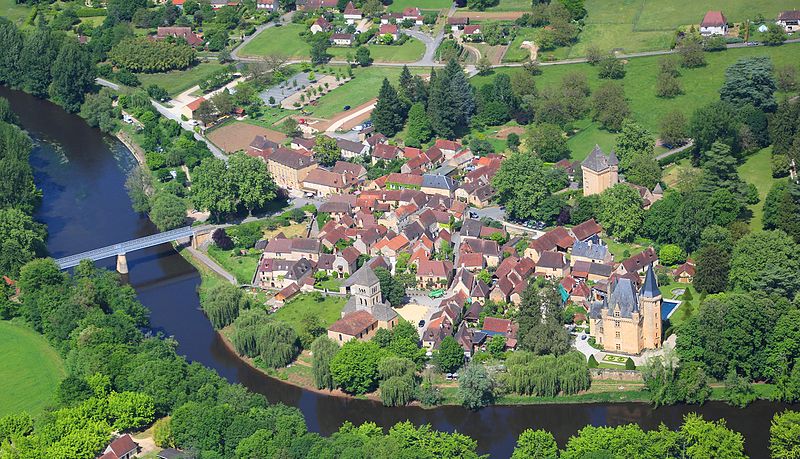 Nestled by the river, Saint-Léon-sur-Vésère should not be missed.

When driving through Provence, a visit to this village of artists is an absolute must. Yes, there are more cobbled streets, more medieval buildings, another castle and more breath-taking views… but there are few sights more spectacular than Gordes at sunset, as the orange and yellow hues appear to turn this hilltop village to gold.

The beautiful Notre-Dame de Sénanque Abbey surrounded by some of Provence’s iconic fields of lavender is just a 45-minute drive from Gordes, and the Village des Bories, a 17th century restored stone peasant village, is just 30 minutes' drive away. 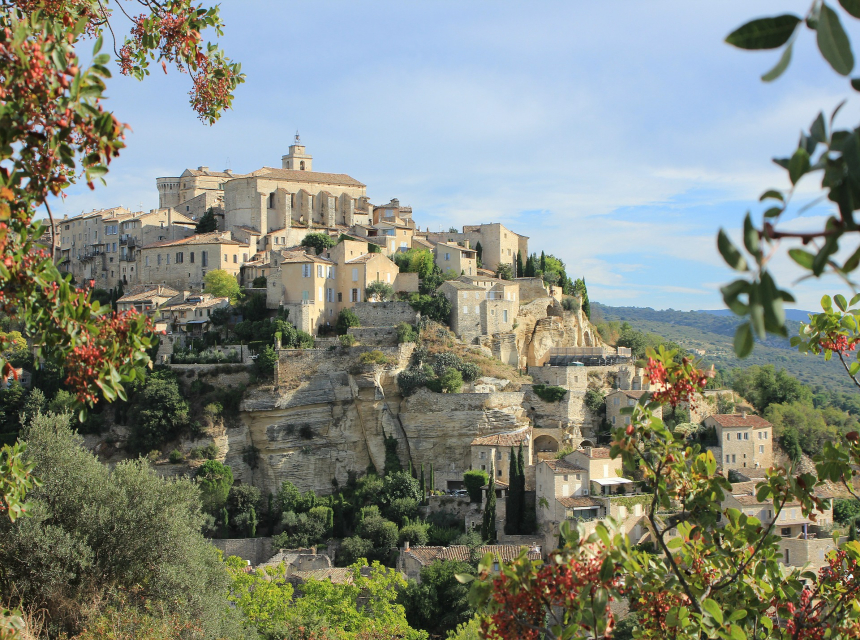 Gordes - one of the gems of Provence (Sloopng - Pixabay)

Ainhoa is a walled village (also known as a "bastide") in the French Basque Country, on the pilgrims’ route to Santiago de Compostela in Spain. Its only street is lined with the typical Basque red and white houses.

For spectacular views over the Basque Country, take a steep hike up to the Notre Dame de l'Aubépine Chapel. The chapel is no longer open but the mountain and sea views are worth the hike! 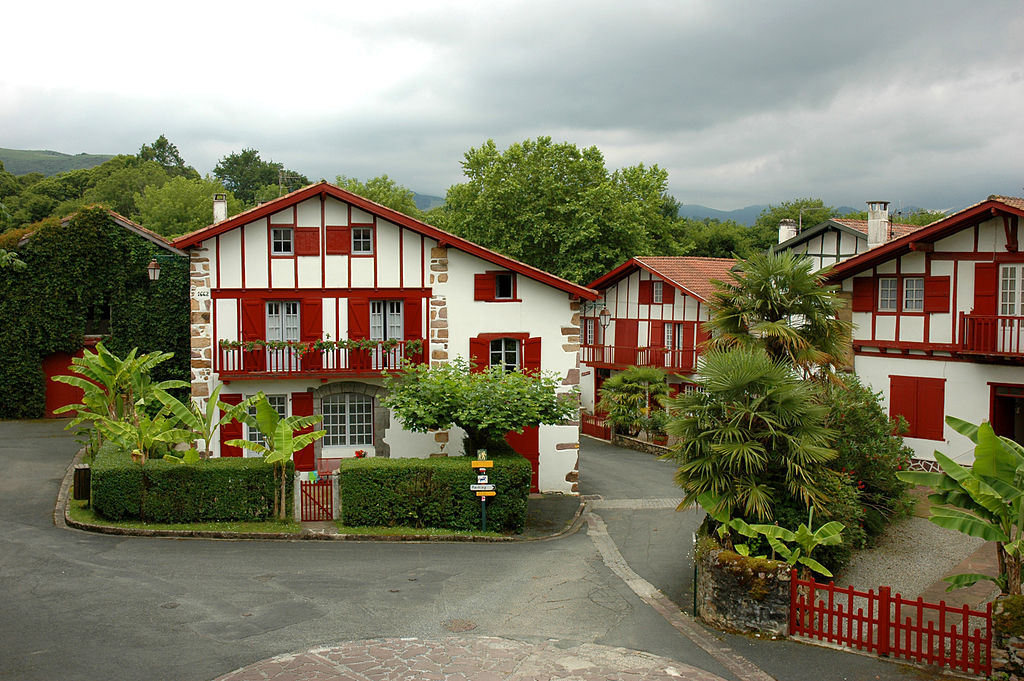 We couldn’t miss out Collonges-la-Rouge, home of the Association of the Most Beautiful Villages of France! It truly is a beautiful French village, its hallmark being its buildings of red sandstone. It’s a lovely place to stop for lunch and a coffee on your journey through the Dordogne. 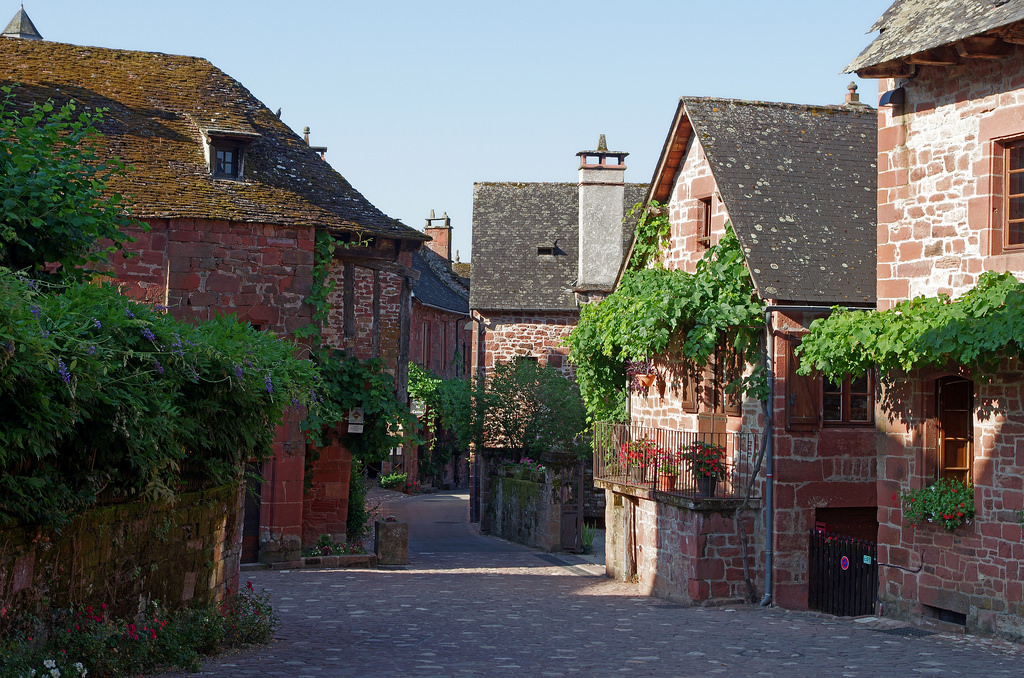 Collonges-la-Rouge, the "capital" of the Most Beautiful Villages of France (Daniel Jolivet - CC BY 2.0)

If there are any beautiful French villages you'd like to visit on a self-drive tour of France, contact us!

We will be happy to include a stop-off in your itinerary. 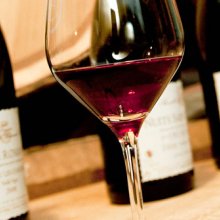 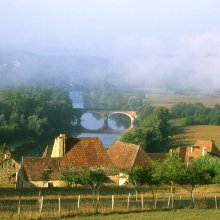 The diversity of French Landscapes in
13 days 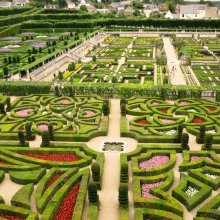 © France Just For You