How to reach Caen, Normandy from Paris

Caen is less than a 3 hour drive from Paris, it is very easy and you can use the A13 highway if you wish to go directly from Paris to Caen, Normandy.

Now, we recommend stopping on the way in Giverny for Monet's house and gardens, or maybe in Rouen to see the Cathedral and learn about Joan of Arc.

Also, Etretat cliffs are an option and a short detour while Honfleur and its coast are on the way : So many options !

What to do in Caen, France

Although most of the city of Caen was destroyed during the WWII bombings, it was quickly rebuilt after the war. The modern architecture blends with what little remains of the historical part - its castle, medieval streets, and a few churches. You should not expect to see a charming old city like Bayeux. 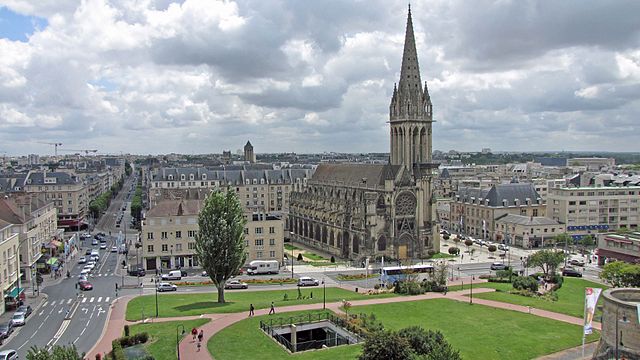 One of the main tourist attractions is the Caen Memorial Museum, also called 'Museum for Peace' or the ‘Mémorial de Caen’ in French. It gives visitors a detailed overview of the tragedies of the 20th century, including the two world wars, the Normandy landings, the Cold War through to the collapse of the Berlin Wall. If you only want to see the World War II section of the museum, half a day would be enough. To fully appreciate the whole museum and garden you would need to plan to spend an entire day there. If you're only staying in Normandy for a couple of days, we believe it would be better to take a tour of this part of Normandy with one of our guides instead of spending the whole day in the Caen memorial museum. After touring the museum, you may need a little time to recover. Feel free to take a stroll in the nearby rose garden called La Colline aux Oiseaux (the Birds Hill). The Museum of Normandy (Musée de Normandie), in Caen (not to be confused with the Memorial Museum in Caen) is housed in a castle in the center of town. It covers the social and ethnographic history of Normandy, presenting a glimpse into life in Normandy dating from prehistoric times, passing through the Roman era, depicting migration during medieval times and the transformations that took place in rural areas during the industrial revolution. Visitors to the museum can learn about local traditions and customs, landscapes, handicrafts, and local attire. You can find out more about current and upcoming exhibitions and events from the Musée de Normandie website. 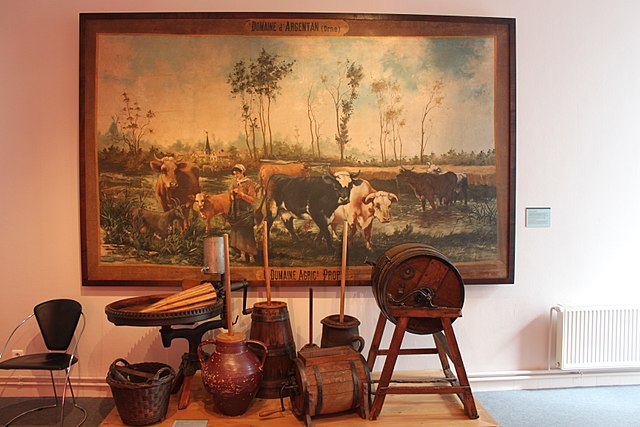 Artefacts depicting past Norman life at the Caen Museum of Normandy

The Caen Fine Arts Museum is located on the same site as the chateau of William the Conqueror. It houses paintings from a range of eras dating back to the 14th century all the way to the present day. More than 350 works of art offer a full overview of European painting. It is one of the most important museums in France, containing exhibitions of 16th and 17th-century French, Belgian, Dutch and Italian artwork by artists such as Rubens, Perugian, Tintoretto and Poussin. There are also paintings by Romantic and Realist artists such as Delacroix, and by Impressionist artists Monet and his mentor Boudin. Visitors who prefer more modern and contemporary art will be able to admire pieces by Dufy, Soulages and Braque. The museum’s prints room is a sight to behold, with approximately 50,000 works in the Mancel Collection. There’s also a programme of activities and workshops for visitors of all ages to enjoy. After exploring the museum, make sure you leave enough time for a stroll through the sculpture garden, which includes pieces by Rodin, Alain Kirili, Bourdelle, Huang Yong Ping and Marta Pan. 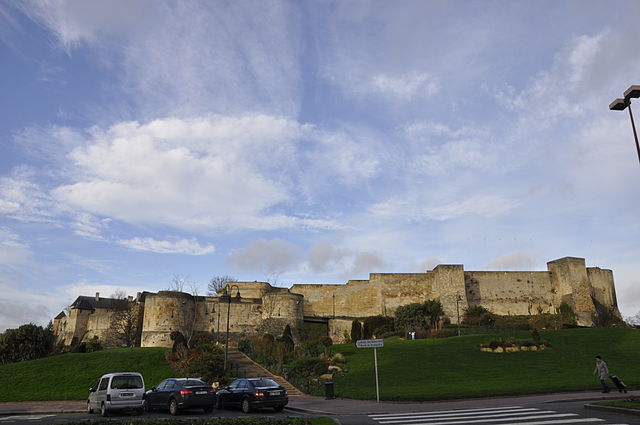 South facade of the Chateau of Caen, which houses the Caen Museum of Fine Arts

The Abbaye aux Hommes is an architectural masterpiece of medieval art. Also known as St Etienne Abbey, this church was built under William the Conqueror and consecrated in 1077. The majority of the items therein date back to the 11th-13th centuries. The choir was rebuilt in a gothic style in the 13th century and contains the tomb of William the Conquerer, who was the Duke of Normandy and King William I of England. The original monastery was constructed in the 11th century but was destroyed during the religious wars of the 16th century. It was then rebuilt in the 18th century around a classical Italian-style cloister. The turreted Romanesque abbey with cloisters is used nowadays as the City Hall. 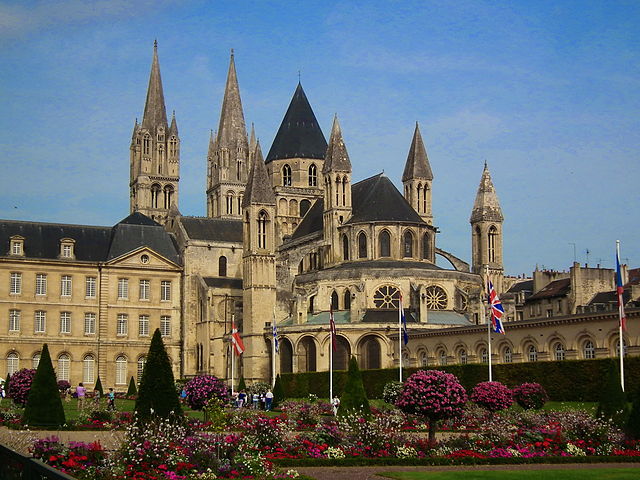 If you’re tired of walking around museums and the weather is nice outside, visit Bird Hill or ‘La Colline aux Oiseaux in the north-west of Caen. This park will delight garden lovers and offers a lovely panoramic view of the city of Caen. This former quarry became a rubbish dump between 1923 and 1973, until it was transformed into a vast landscaped park. During this time it has gradually expanded as more and more land was donated to the site, resulting in what is there today. It was inaugurated in 1994 to mark the 50th anniversary of the D-Day landings, which took place in June 1944. Admission is free and there are play areas for children, picnic areas, a rose garden, a maze, a Norman farm and mini golf. Refreshments are available from the Creperie restaurant. 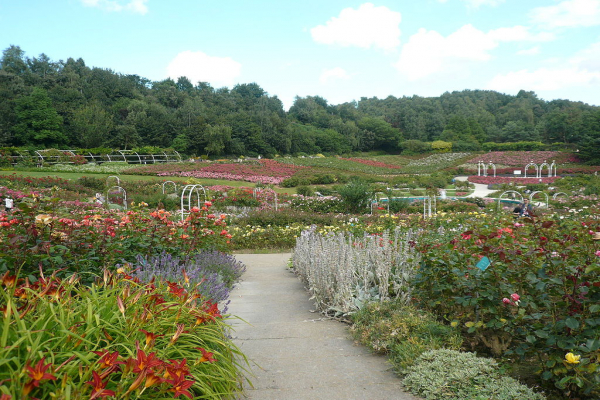 If you’re traveling with children, this theme park is a great option if they’re asking for a break from museums. Festyland includes rides, a petting zoo and a go-kart track.

Things to do near Caen

If you’ll be visiting Caen for a few days, here are some suggestions of other places nearby that you may like to include in your itinerary.

The D-Day beaches are a short drive away from Caen. The famous Pegasus Bridge is only 15 minutes away, with Omaha beach and the American Cemetery at Colleville-sur-Mer being about 40 minutes’ drive from Caen. It’s well worth organizing a guided tour of the beaches, to help you learn about the history of the place and put everything you are seeing into context. It makes for a far more moving and impactful experience. 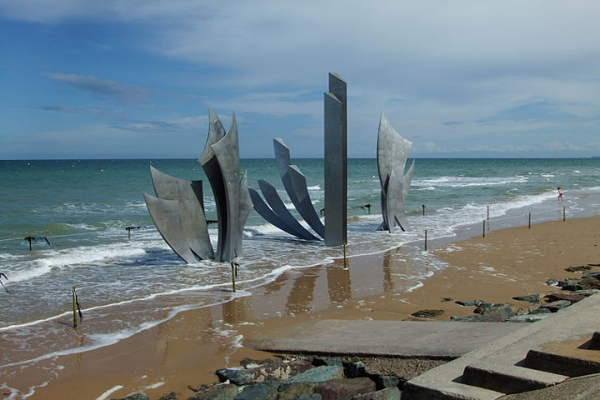 The coastal towns of Deauville, Trouville, Honfleur and Le Havre are all within an hour to an hour and a half drive from Caen. 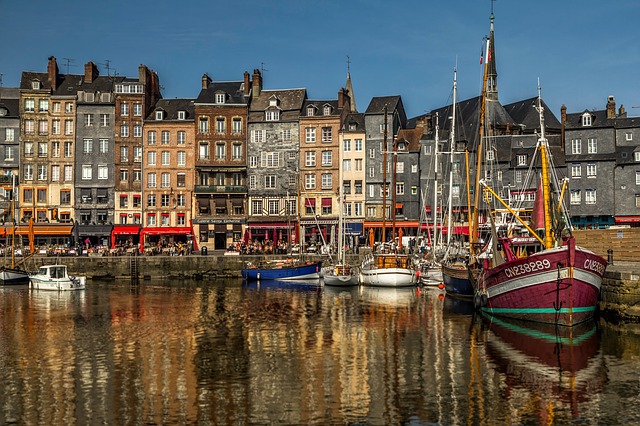 Tours of Normandy and Caen

You may peruse our Normandy tours on our tours page, and remember that any of our tours can be tailored to your preferences. If you are particularly interested in World War II history, you may be interested in our World War II History Tour. As well as planning a 4-day tour that takes in all of the most important sites of the Second World War, we can also conduct research into your own family history, and find out more about your relatives who may have fought in France.

We have selected the best tour guides with perfect English and a profound knowledge of the events of the Second World War in Normandy. In one day, half a day or over several days, they will take you on a guided tour to the important World War II landmarks and make you “feel" what happened during the invasion of Normandy. If you have an ancestor or relative linked to the Normandy landings, please inform us in advance so your guide can do some research about them prior to your tour.

We feel lucky that we found Emilie online! Usually, we like to plan our own trips, but we did not have the language capabilities or confidence to plan this vacation alone. Emilie to the rescue! She listened to our concerns and wishes and planned the perfect trip. Loved the small boutique hotel in the perfect part of Paris, and all the bed and …

We feel lucky that we found Emilie online! Usually, we like to plan our own trips, but we did not have the language capabilities or confidence to plan this vacation alone. Emilie to the rescue! She listened to our concerns and wishes and planned the perfect trip. Loved the small boutique hotel in the perfect part of Paris, and all the bed and breakfasts throughout the rest of our trip. Appreciated the tips for seeing non touristy villages. Loved all of our guides and special activities, especially the cooking lesson in Avignon. It was great knowing Emilie or Guillaume were just a phone call away if we needed them during the trip.

We could not be happier. When we first received the guide book and brochures, we thought we would not need them, but they were invaluable! Our first stay with Florence and Phil was especially memorable but really we cannot think of a highlight because it was all wonderful. We will certainly recommend your company to anyone we know travelling to …

We could not be happier. When we first received the guide book and brochures, we thought we would not need them, but they were invaluable!
Our first stay with Florence and Phil was especially memorable but really we cannot think of a highlight because it was all wonderful. We will certainly recommend your company to anyone we know travelling to France.
We will send you nice photos when we get back home.

Emilie's services are amazing!! I contacted her after my one year anniversary trip planning fell through with another agency. She quickly picked up the reins from where they left off, listened to our budget requests and organized an absolutely fantastic trip for us! From Paris to Provence to the French Riviera, everywhere we stayed was wonderful …

Emilie's services are amazing!! I contacted her after my one year anniversary trip planning fell through with another agency. She quickly picked up the reins from where they left off, listened to our budget requests and organized an absolutely fantastic trip for us! From Paris to Provence to the French Riviera, everywhere we stayed was wonderful and in the perfect location. The activities were ones we will remember for the rest of our lives and we would have never thought to do them ourselves...learning how to play pentanque was a blast and making our own perfume was really interesting and fun! We told her exactly the type of trip we were looking for and she really delivered - we couldn't have done this without her! Our trip had some structure but we were also free to explore as we wanted. I even got to stay at a horse farm B&B in the french countryside bc I told her I love horses. This is the type of service you will get with Emilie. Also, the personalized guide book she provides is incredible - we used it throughout the duration of our trip and it was super informative beforehand as well. All of our hosts knew Emilie and spoke very highly of her too. We didn't have any issues with all of the reservations she made which was great. You absolutely can't go wrong working with Emilie; each trip is tailored to your individual likings and she knows all of the best spots. Thank you, Emilie, for planning the perfect 1 year wedding anniversary for us!! Highly Recommend France Just For You! 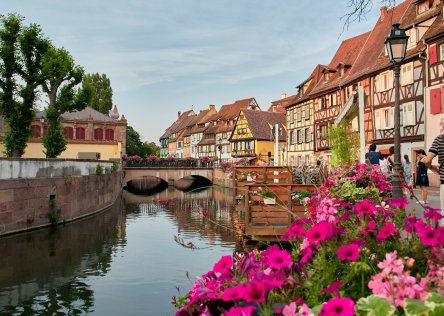 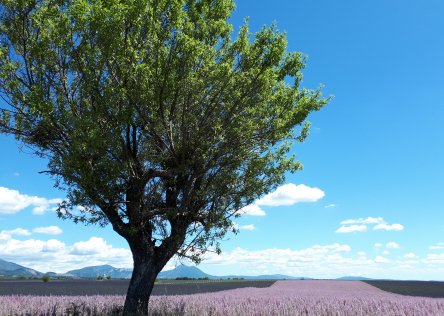 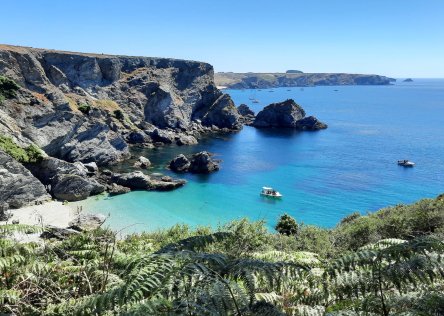 The Best Beaches in Brittany 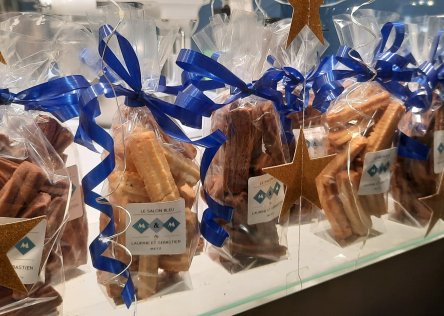 The Best Places to Visit in Brittany 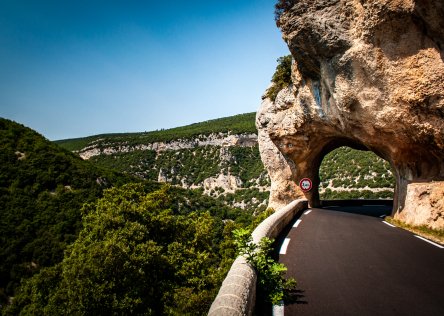 Provence by Car – The most scenic driving routes 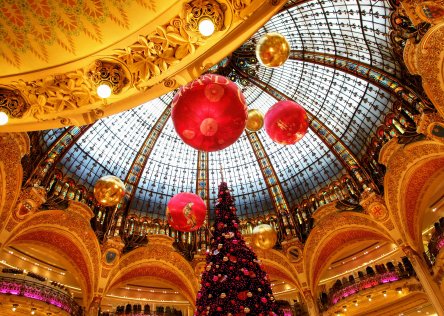 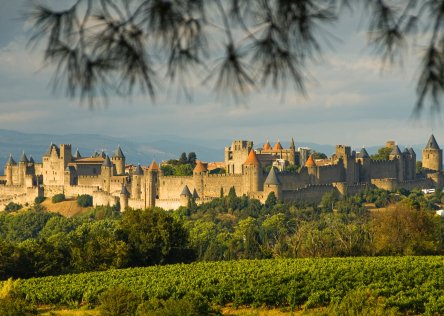 Hi there 👋 My name is Emilie.
How can I help you? 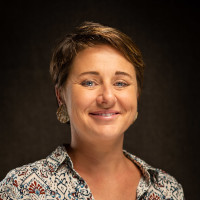